Explore all the exciting area attractions around the Bahia Ballena, Uvita de Osa and the Marino Ballena National Park. There is plenty to see and to visit, either on your own or with guided tours.

The endangered whales come to the shallow, warm coastal waters of the Ballena Marine National Park (“Ballena” means whale in Spanish) by Uvita to reproduce and give birth.

From mid-July to October they come from the Antarctic region around the Earth’s South Pole, and from December to April from Alaska and the Arctic the Earth’s North Pole.

Hotel Cristal Ballena is located on a hill directly in front of the Ballena Marine National Park. The beaches in the park are within walking distance of the hotel.

Tour arrangements can be booked at the hotel.

What you can see at the National Park

The Marino Ballena National Park is one of the most biologically diverse marine habitats in Costa Rica.

The remote and untouched Corcovado National Park is considered to be one of the best national parks in the world by National Geographic.

Spanning 108,100 acres, nearly a third of the Osa Peninsula, Corcovado is an awe-inspiring destination for adventure travellers who come to experience the virgin lowland rainforest and diverse wildlife that resides within the park’s limits. Roughly 10% of all mammals found throughout the Americas live in Corcovado, and it is home to the largest gathering of Scarlet Macaws in the country.

The delta area of the longest river of Costa Rica, the Terraba River, is a natural habitat for monkeys, birds, crocodiles, caimans, turtles and many other exotic species.

The Térraba-Sierpe Wetlands are home to some of the biggest mangrove trees in the world in the largest mangrove reserve in Latin America.

Lying in the beautiful blue Pacific Ocean, 20 km offshore from the Osa Peninsula at Drake Bay, the 300-hectare Caño Island is an amazing marine biological reserve in Costa Rica. The island is well known for its white sand beaches and well-protected coral reef.

Caño Island also is an important archaeological site – several hand-carved, perfectly spherical stones have been found on the island from Pre-Columbian times. Pirates used the island as a safe harbour during the 17th and 18th centuries.

Enjoy a day trip to Caño Island with a beach visit, snorkeling and swimming.

Experience the thrill of swimming in a rainforest waterfall!

The majestic Nauyaca Waterfalls are one of the main attractions of the south Pacific Coast of Costa Rica.

One of the waterfalls towers 45 meters high, and the other spills 20 meters in tiers into a large, deep pool. There are also other smaller natural pools for swimming. You can walk, swim, climb, jump, take photographs and spend a marvelous day in the Costa Rica rainforest.

You can visit the Nauyaca Waterfalls on a horseback riding tour, which also includes a good typical breakfast and lunch.

Hacienda Barú is an 800-acre National Wildlife Refuge situated on Costa Rica’s southern Pacific Coast near the beach town of Dominical. It is one of the few places on the Costa Rica Pacific Coast where a strip of forest comes down to three kilometers of protected beach.

Hacienda Barú encompasses a variety of habitats, from wetlands and secondary rainforest in the lowlands to primary rainforest on the highland coastal ridge. Hacienda Barú offers several tours like “The Flight of the Toucan” canopy zip lines, tree climbing, a mangrove walk and rainforest experience.

The giant stone spheres of Costa Rica remain a mystery. Man-made by an indigenous people who disappeared long ago and left no written records, the spheres have sparked international attention as to their origin and purpose.

Hundreds of them have been found in the Diquís Delta region in the south Pacific of Costa Rica, near the Térraba River and the cities of Puerto Cortés, Palmar Norte and Sierpe. The almost perfectly spherical stones range from having a diameter of a few centimeters up to 2.5 meters, with the largest weighing 16 tons. They were discovered in the early 1930s during the clearing of jungle for banana plantations.

Scientists believe the stones were first created around 600 A.D., with most dating to after 1,000 A.D., but before the Spanish conquest. Age is, however, difficult to determine. Around 300 spheres have been uncovered, almost all of them made of a granite-like igneous rock that exists 50 miles away from where the stones were found. One of the many unanswered questions is how the native peoples transported a 16-ton stone ball 50 miles through the jungle.

The purpose of the spheres is still unclear. It is suspected that they were used to represent astronomical constellations, for delineation of tribal areas, or served as a place of worship and gathering. The spheres were declared a UNESCO World Heritage in early 2014.

Many of the mysterious stone spheres and information about the ancient people of Costa Rica who lived in the southern region, are now on display at the new Museum of the Stone Spheres and archaeological site at Finca 6 in Palmar Sur. The museum is 35km south from Hotel Cristal Ballena.

The Boruca (also called Brunca/Brunka) are one of the biggest indigenous groups living in Costa Rica. Their large reservation is in the southern region near the town of Buenos Aires above the Térraba River.

The Boruca are known for their art and craftwork, particularly their expertly woven textiles, and their distinctive carved and painted balsa wood masks. These traditional masks are important elements in the Boruca’s annual “Danza de los Diablitos” (Little Devils Dance) festival, celebrated at the end of every December since early colonial times. The festival depicts their ancestors’ resistance against the Spanish conquistadors.

In our gift shop at Hotel Cristal Ballena, we offer an excellent selection of beautiful hand-carved and painted original Boruca masks, which we buy directly from native artisans.

While staying at Hotel Cristal Ballena, you can attend the annual festival “Danza de los Diablitos” (Little Devils Dance), which runs from Dec. 30 to Jan. 2. During the festival, we can organize transportation to the reservation, which is about 60km south of Hotel Cristal Ballena.

A visit with your own 4×4 car is also possible (subject to weather conditions). The last seven miles (10km) to the reservation is on a gravel road with beautiful views of the Talamanca Mountains. 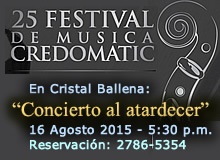